Mr. Rathi, a sixty-five years old retired professor, has just woken up from his deep slumber.

Having lost his wife to cancer four years back, a hollow heart is all he is living with now. He and his late wife, Mrs.Rathi, were college sweethearts, who sealed their relationship with the marriage long forty years back. Four years aren’t any less, but for Mr. Rathi, still, every night brings a dream of her wife sleeping beside him, and every morning a hope that she might be waiting for him in their living room with his morning tea.

Today, 18th June, is his birthday, and such are the occasions when Mr. Rathi feels at his lowest. Being blessed, as Mrs Rathi used to say, with three beautiful kids- a daughter and two sons, his loneliness isn’t shared by any of their children. Residing in a village near Himachal Pradesh, his neighbors are the only ones he can talk to get out of his, at times overwhelming, grave desolation. Mr. Agarwal, five years older to Mr. Rathi, is his adjacent neighbor, who lives there with his wife and two sons.

“Mr. Rathi? Mr. Rathi?” A voice comes through the balcony of the only bedroom in Mr. Rathi’s house. Mr. Rathi, who has just finished his breakfast: a glass of milk and three pieces of bread: rushes towards the balcony.

“Good Morning! We all are going out for a picnic today. Will come back by evening. Would you like to join us?” Just when Mr. Agarwal is certain of receiving an affirmative nod from Mr. Rathi, he, unfortunately, receives a nod in negation. Thanking Mr. Agarwal for his thoughtfulness, Mr. Rathi heads back in his room and locks the balcony’s door.

Clear blue sky which in a couple of hours turns into an overcast one does no good but deepens Mr. Rathi’s melancholy. 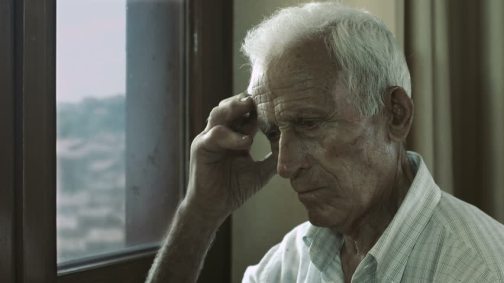 And today’s day being more special, the dark sky has made him all more nostalgic. He would have gone to Mr. Agarwal’s house, like his daily routine, but with their family out for small excursion, he cannot. Left with nothing else to do, he opens the side drawer of his bed and takes out all the photo albums occupying the whole drawer. Photographs are spell-binding; people come and go, but memories and people in these photographs stay- unchanged- forever.

Every photograph is as fresh in his mind as the cool breeze blowing outside. His three children- Neha, Ravi and Abhishek, all married and settled in Bangalore, are the major coverage of most of these albums. His daughter, being the eldest of three kids, is dearest to him; but after his wife’s demise, it seems, even his daughter has drifted apart from him. Her calls have gradually dwindled, and visits- only a chance of mere luck. Both the sons, the twins, were closer to their mother than their dad, so their seldom visits or calls did bother him, but of course not more than his daughter’s.

In his early years of adulthood, when his kids were in their early teen years, Mr. Rathi kept on travelling around due to his work, and never had the real chance of developing a strong bond with his kids. But that never hindered him in constantly trying to be a good father, as he is; always making up to his children’s birthdays and their other special days, Mr. Rathi never left a chance of being a good father.

After caressing all the photographs, Mr. Rathi picks up the landline kept in the small living room and dials his daughter’s number.

A few rings on the other end of the phone and his daughter picks up the call. “Did she forget today’s day?” Mr. Rathi wondered after having talked to her for five minutes. As she didn’t wish him, she certainly must have forgotten.
Then he tries his sons’ numbers; of which one picks up the call and like his sister doesn’t wish him, while the number of other one isn’t reachable.

“Our children love us the most.” Mrs. Rathi used to say. “They might not express it openly but always remember that they do care for us.”
“Why can’t I notice their concern that their mother used to notice?” Mr. Rathi debated within.

Clock has struck one in the noon, and the drizzling outside has taken the form of a cruel splattering. He heads towards his bedroom to take his nap; his appetite has almost gone, thus, having lunch is out of question.
“Poor Mr. Agarwal! This rain must have spoilt his picnic.” Mr. Rathi thinks.

But nobody’s picnic has gotten ruined because none has gone out. Mr. Agarwal and his family are in their house, preparing savoring delicacies. Their house is buzzing with murmurs; some young guests have arrived at their place; and everybody including the guests are busy in doing preparations. Flames on the gas stove are dancing; everybody’s nostrils are enjoying the aroma of freshly baked cake by the young lady who has arrived at noon in the house. Seems like picnic’s venue has shifted to their house.

Evening has arrived, rains has ceased, a beautiful rainbow has appeared and Mr. Rathi is already in his kitchen for preparing his evening tea. But a knock at his door disturbs the absolute tranquility of the house.

Having Mr. Agarwal at his door at this point of the day is nothing out of ordinary and so Mr. Rathi receives him with his sullen smile. Both of them occupy the ottomans in living room and the tete-a-tete  begins. Few minutes must have passed when Mr. Agarwal asked Mr. Rathi to accompany him to his home as their family is celebrating Father’s Day.

Anything would have been lesser pernicious than that; any other occasion would have worked with Mr. Rathi to come to Mr. Agarwal’s house, but being the part of a celebration, a union which Mr. Rathi himself has been longing for with his own family, will only break his already vulnerable heart. Mr. Rathi’s isn’t a soul which shares its lamentations with others, and so he, without letting his grief reflect on his demeanor, locks his house and strides towards Mr. Agarwal’s along with the house’s owner.

Sometimes the happiness of others reminds you more of your deep underlying hopeless hopes and wishes. But you can only help yourself by being submissive to what the situation demands; just like Mr. Rathi did now.

Mr. Rathi knocks on the main door of Mr. Agarwal’s house and on encountering the darkness asks Mr. Agarwal, who is beside him, to switch on the lights.

Before Mr. Rathi’s eyes could properly adjust themselves in the too bright lights instantly after that black darkness, his ears experience the most beautiful voices he has ever cherished- “Happy birthday and Happy Father’s Day, dad!” Mr. Rathi’s all three children­- Neha, Ravi and Abhishek said in unison.

The surreal scene that Mr. Rathi is now made to experience has made quite an impact on him- his cheeks have turned red, the throat has tightened, eyes have welled with tears- emotions he has been keeping a lid on the whole day (or probably months) have given way.

And his quivering lips whisper under his breath- “Our children love us the most!”