DISCLAIMER – This write up will end up talking about two different yet relatable things. That has been done intentionally.

A few days back, a link on Facebook caught my eye. It said SYRIANs from Aleppo are posting farewell messages saying – ‘They are waiting to die’. It really was emotional. All synonyms to grief – sadness, anguish, sorrow, everything gathered within me, constricting my throat after reading the content and watching some videos. This made me wonder what led to this war’s breakout. Okay. I am not much into news, though have improved a lot recently. After doing some not-so-extensive research for around one hour, it took me another hour to digest a fact. A fact that it was a graffiti, a mere graffiti by some school teens marked the origination to this war. It sparked this raging fire in Syria. How that graffiti got those teens arrested, which made their parents and many others to get onto roads protesting in Daraa, then the gradual extension of these protests in other places like Homs, Damascus and which eventually and gradually made Syria a living hell for almost everyone living being over there.

I went through the interviews of those school kids too, of whom not all are alive. They never knew that one small act, which for them was fun and not at-all intended to draw the world’s attention towards them, will turn their lives and their nation’s future upside down. I also read a lot of write-ups and interviews of Syrians who are held captive in their own nation. How they are forced to live in the worst conditions. They don’t have access to even one time’s meal of the day, let alone clean drinking water.

There is hardly any place left where one can go if gets injured. In a place which is amidst a war zone, this is one of the worst scenarios to put into the picture. Hospitals have been bombarded, all that is left is huge mass of rubble over there. The medical help that is being provided underground is also restricted till making anybody’s bleeding stop. Once doctor or nurse or whosoever makes your bleeding stop, he/she asks you to leave the place. There is nothing more they can do for you. 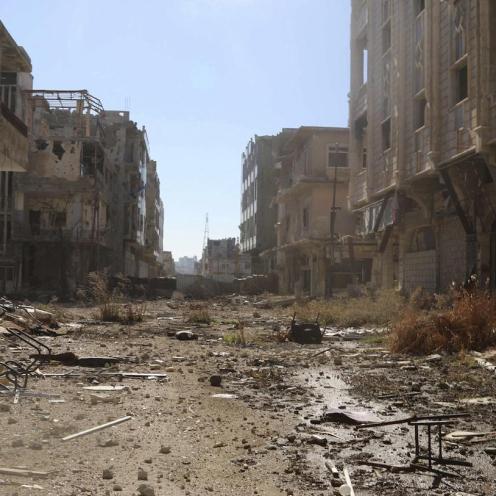 All this is the very brief part of what all I read. In addition to all this, there were pictures of deserted homes, bombarded acres of land, injured people; all in all I saw everything that is way more than enough to make anybody’s heart sink and eyes moist. It was then when I thought ‘Why God? Why these innocent people?’ I was feeling helpless. Those faces of Syrians, the geographical condition of their nation, everything kept on revolving around me for quite some time. As an empathetic human being I was so much moved by whatever I read and saw, I wished I was there in Syria helping out those children, women and men. 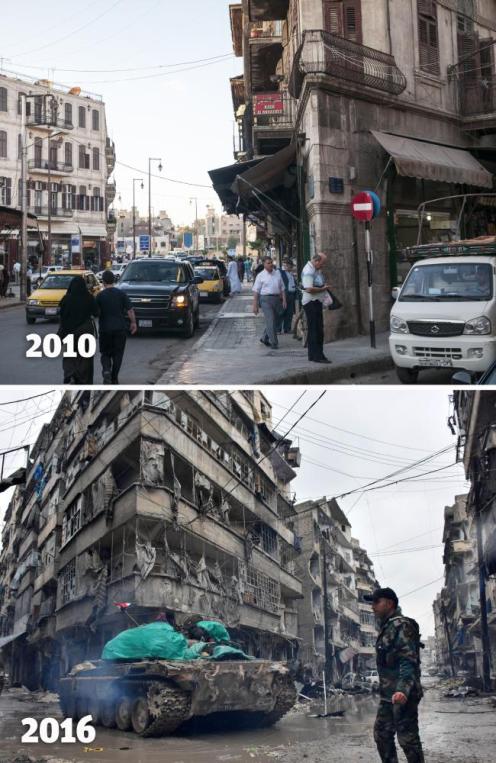 Though the evacuation has been started in Aleppo, but it still will take number of days to evacuate the whole place. I pray and hope for the war in Syria to come to an end which will bring surcease to their living nightmares. It gives me chills to even think of those innocent faces, dead bodies lying on the streets and rubble all around.

What bothered me the most was not what I read about Syria. But this,

Just two days back while I was heading towards my home, I saw an old man, extremely thin and weak, hunkered down at the side of the road opposite to the one I was walking. He was shivering, maybe because of cold weather. I noticed him helplessly for about a few seconds and went ahead on my way. But was I really helpless? Just like Syria’s case, was it not possible for me to help that man?

I wanted to help him. If not much I could have offered him some food and a warm piece of clothing, anything.

Though there are different reasons which make us, me included, hesitant in helping out these people, given the records of how for many of them it’s a business and how they pretend to be one of those helpless people. But that man, he had a very distressed face and the way his body was shivering, it was actually asking for some warmth. For some reason his misery and helplessness seemed genuine to me. But I preferred standing at a far distance, feeling pity for him, and then get away with it. It’s not that I couldn’t help him but I didn’t. Did I do it on purpose? Probably not. But I got too busy in thinking about the condition of the old man that I couldn’t think of doing something for him.

It must have happened with lot of us, maybe, and a lot of times. We care enough about others that we lose the vision of actually helping them out.

I realized I need not to torment myself being unable to do something for those in Aleppo, rather help someone instead of feeling pity for him/her from a distant corner.

No credits for images and quote used.
Copyright © 2016 by Idle Muser. All rights reserved.