So today let us go inside a Restaurant’s heart, its kitchen.

DISCLAIMER – Yes, they really converse with each other, on some serious stuff.

Tomato exclaimed with joy ,”My brother went there last week, fused in a cheese burst pizza, and didn’t return back to kitchen! Probably, he did his part.”“Oh! That’s pretty cool then. Are you not going anywhere today?”, asked cheese.

“I have no idea yet. They were discussing that order has come from table number-11. Mr. Clark and his friends are there. I don’t want to go there.”

To a ‘Why’ tomato answered with anger, “Last time my friends, interfused in biryani, went to their table and as its aftermath, whole biryani went to garbage bin. I mean their purpose of life, serving starving stomachs, they couldn’t fulfill it.” 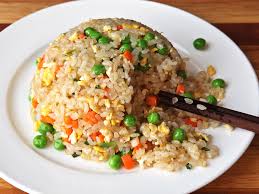 Spinach interrupted their conversation and added, “Even I heard them sobbing when they were brought back to kitchen. They were cursing Mr. Clark for letting them go. And when they were taken to garbage bin, their cries could be heard even up to here. I felt really bad for your friends, Tomato.”

Mushroom sneaked in from the other table and tried to console tomato, who by then was almost teary eyed.

“I don’t want to go to hell for not fulfilling the purpose of my life. You know last time when Capsicum’s friends were thrown in the bin, a swarm of children arrived there after waiters came back. Those kids took capsicum’s friends out, kept them in a paper bag and ran away with ear to ear smiles. I felt happy for his friends but sorry for those kids. They could have been served with freshened us, but rather they had to eat the worst version of us.” said Cheese.

“Start preparing the order of table number-20”. With this, chefs took cheese with them.

Mushroom continued with what cheese was saying, “I was also there with cheese, looking at those kids through window. I wish these chefs serve us to such people who really need us, who are starving for having our bite, and not to these who don’t even value our existence.”

Facts provided by WFP (World Food Programme) :
– Asia is the continent with the most hungry people – two thirds of the total.
– Famine remains the No. 1 cause of death in the world followed by others.

PS – I hope we understand the concern of these vegetables, in that case of any eatables, and instead of dumping them into the bins, let them be consumed by people who are starving for days.

The GlobalFood Networking is an international non-profit organization that fights world hunger by creating, supporting and strengthening food banks around the world.
Check it out as,
Helping hands are always better than Praying lips.

“Wasting food is like stealing from the poor.”
– Pope Francis

No credits for Image used.
Copyright © 2016 by Idle Muser. All rights reserved.